Step into the future with us

Let’s transform together your idea into a product, a service, a new way of living.

Sketchin launches a Design Unit to explore the new frontiers of immersive experiences. 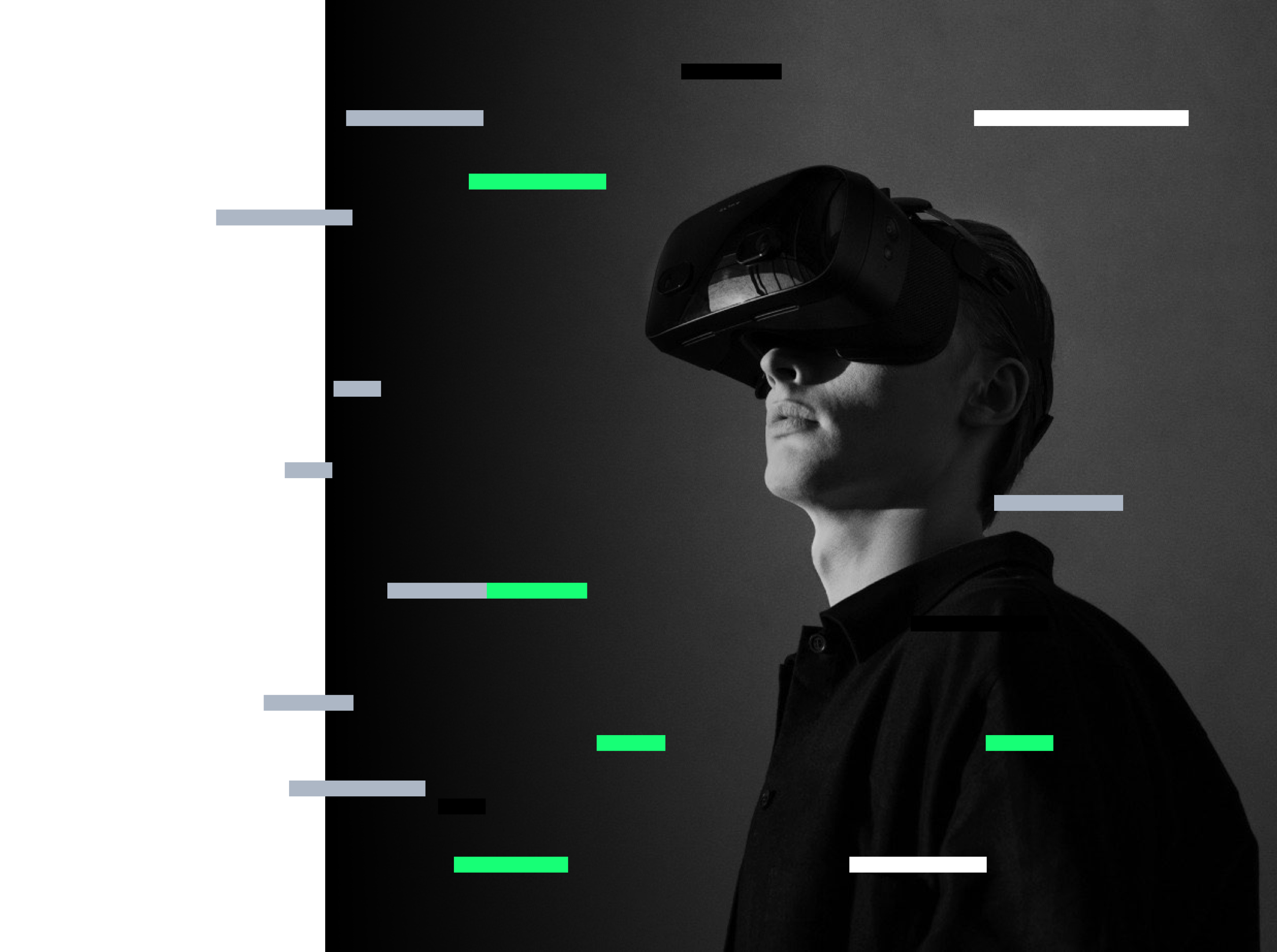 Technologies that allow people to have immersive experiences have been around for quite some time, and even before they were realized, they existed in imagination and literature. How many dystopias are based precisely on them? Humans in Disney's poetic Wall.e lived in virtual environments, and the sinister settings of The Matrix shared the same narrative space. We could go on forever, or almost.

There are many companies, not only technological, that in the last ten years are trying to shape what it seamed the result of a literary vision. We believe that those technologies will live a fast and broad development.

In addition to the ambition and willingness to explore technological frontiers, recent events also helped accelerate the development and creation of immersive technologies: one example is the forced separation caused by the pandemic. (We'll never get tired of repeating: Covid-19 didn't create anything, it 'only' increased the speed of transformations). Suddenly, it became more relevant to sublimate physical distance and experience relationships, consumption, and services in a context where physical presence was no longer a limitation.

Yet we are human beings; we are programmed to be social, not solitary. Perceiving the presence of others even in separation has been one of the most significant challenges of recent years. How to be close without being present?

Spatial computing and immersive technologies such as VR and AR have met this challenge. Like people, companies, and designers, we have seized the opportunity and seen the value. We worked to extend reality beyond sensation and presence, accessing another plane.

But this extension contains an enormous potential yet to be fully explored, as well as unprecedented challenges for the design practice. One for all, it has to be understood how to allow people, organizations, and the market to inhabit this dimension. 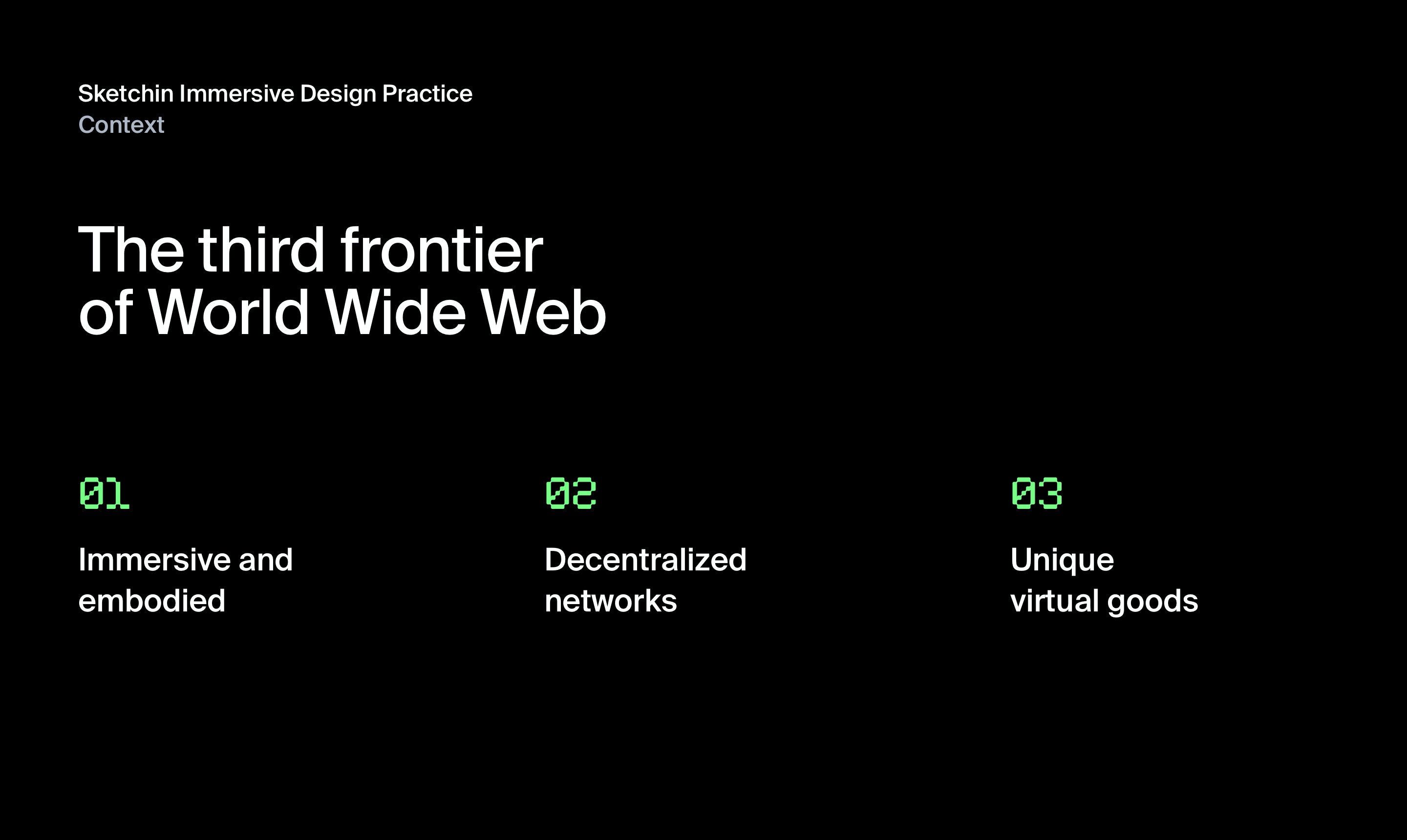 At Sketchin, we firmly believe that some new technologies such as extended reality, blockchain, cryptos, and NTFs are converging and enabling a new internet frontier. Web3 and metaverse will be immersive: virtual environments make you perceive the presence of people and directly express their emotions. They will be also decentralized since we will have ownership of data and digital assets: immersive experiences are developing new social and economic value.

This dimension exists and is not just hype. It is opening unexpected possibilities for people in many fields.

The market seems to have embraced it firmly, with remarkable growth prospects in its different expressions. 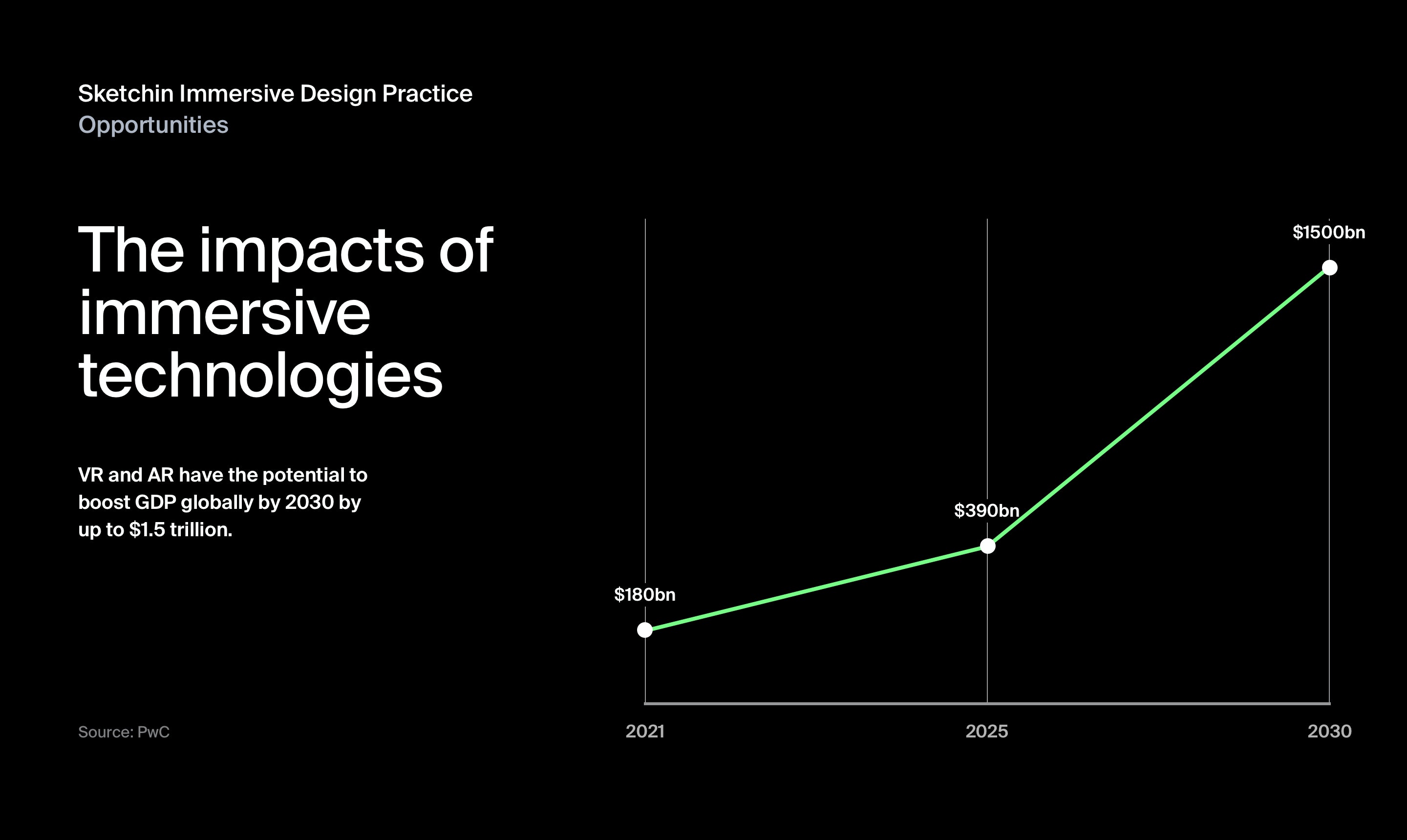 The experiences that people can have in this context will be mediated by technology and immersive since it will be the tools of VR, AR, and Mixed Reality that will lead us into this space with as much physicality as possible.

At the moment, it is a territory whose outer edges we are only exploring. And, if this exploration is not conducted methodically, with commitment, guided by values, and oriented towards a goal, it risks becoming a costume bubble or going back to being one of the many technological experiments that are fun but a bit sterile.

This is why Sketchin has decided to inaugurate a new design unit within the studio to explore the opportunities offered by immersive experiences, augmented and virtual reality technologies, and the new paradigms of Web3 and Metaverse.

The purpose of this new design unit is in line with what we try to do every day in our studio: to make people live experiences that exceed their expectations. But it does that in a different context, making people live a new level of experience and creating new habits. Sketchin Immersive Practice designs immersive products and services that can merge physical and virtual worlds in new ways without ever relinquishing sustainability and ethics, and embracing a positive approach to technology and the future.

Why, in reality, like the virtual one, with unlimited possibilities, should we reproduce a typical store, office, or school classroom? I believe that the future is much more than that, and we can explore new vistas.

Alex Cascarano, Head of Sketchin Immersive Design Practice, comments: "As in all great processes of technological transition, in the beginning, there is often a tendency to duplicate the previous reality to make the transition more assimilable. But why, in reality, like the virtual one, with unlimited possibilities, should we reproduce a typical store, office, or school classroom? I believe that the future is much more than that, and we can explore new vistas. We can totally rethink our identity, change it and extend it continuously. The space for expression is unprecedented and unexplored and not only for environments and identities but also for new products and services. We must not copy but explore, experiment, and dare to look for new ways and new languages. The design has always done this: it interprets change and creates new habits, new meanings for people".

The studio is only at the beginning of this adventure. For now, we are looking for the right people with the necessary tools to create an experimental practice. We are already working with some of our clients to co-design the first experiences in this dimension.

Sketchin Immersive Design Practice is looking for talents to extend their skills and setup one of the best team in the field of immersive experiences.

Here are the open positions:

If you want to know more about the Immersive Design Practice and start a collaboration or project together, drop a line at immersive@sketchin.com